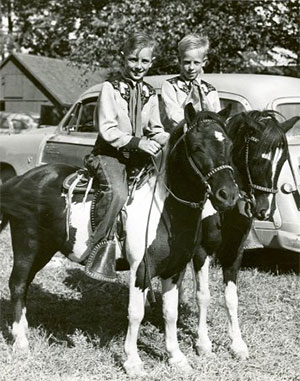 Our Colchester South and Harrow Agricultural Society Fair has become a favorite end of summer event for Essex County and beyond. It is a chance for ‘the locals’ to visit with their neighbours, for grown children to come home to visit with family and catch up with friends, and for grandmas and grandpas to show their grandchildren what living in rural Essex County is all about. It also gives those ‘city folk’ a chance to show their children where that glass of milk or those ingredients for their morning bagel really come from.

The Harrow Fair is one of the most successful fairs in our area. We are a member of the Ontario Association of Agricultural Societies, District 9. The Fair is held over four days on Labour Day Weekend but it requires weeks of preparation before our gates are even opened. All this is accomplished by innumerable volunteers and several community groups. The most important part of the Fair however, are the people who participate and attend. Without the community in attendance, it wouldn’t truly be a community event.

One thing that has remained constant over the years is that the Fair Directors have been dedicated to making sure that the Harrow Fair remains the agricultural fair it always has been since its beginning in 1854. This has always been of great importance. We will always strive to maintain an agricultural focus so that we are reminded of the foundation on which this community, and most of Canada, was built.

The Colchester Agricultural Society became officially incorporated In 1854. Our roots go even further back than this however. In Ontario the first Agricultural society was formed in Niagara-on-the-Lake in 1792. Other societies were organized by counties and townships across Ontario. Their formation was as a result of the interest from farmers to improve livestock, upgrade agricultural methods and crops, promote ideas for crop rotation, develop better farming implements, and share knowledge. 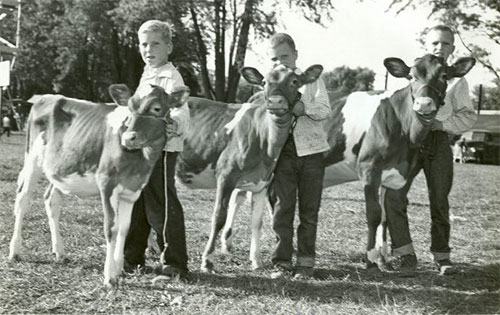 The first fairs were closer in resemblance to auction sales. Members were given the opportunity to show and sell livestock including horses, seed grains and implements. Each of these early gatherings were held at a different farm in the area on a quarterly basis. The first annual fair, held in October of 1878 behind the old town hall on the Alfred Munger farm. It was a more festive event similar to our fair today and featured a long prize list of fruit, vegetables, homecrafts, horses, cattle, sheep, swine, poultry, grain and seeds, roots and field crops, and dairy products.

In 1880 a central location of seven acres was purchased for $525.00. The following year included the additions of a large floral hall and stock pens, and the grounds were fenced. A plowing bee was organized to get the grounds in order for the next annual fair.

As the fair continued to grow and become more successful, it was expanded to a two day event in 1901. In 1902 an additional nine acres was purchased. With the increased acreage, the Fair Board decided to build a half mile horse race track. A call was issued to volunteers who assist in creating the track. When it was completed, the track was one of the best in the county. 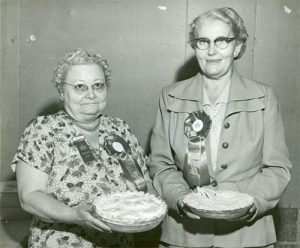 In 1905, 100 maple trees were purchased and planted around the Fair Grounds. A poultry house and horse barn were erected over the ensuing years. The addition of the midway was very popular and brought in fruit, taffy and candy stands galore.

Outside space was offered to local vendors as it is today. In 1908 Gray Co., Conklin & Son of Kingsville, W.F. McKenzie, and  Macdonald & Son of Harrow showed off the latest in fine carriages. Today these carriages have been replaced by the cars and trucks displayed by our local dealership but the opportunity to browse, ask a few questions or strike a deal remains the same.

Here are some other interesting facts and timeline events:

The Society suffered a huge loss on October 19, 1981 when the main Exhibition Hall burned down. It was a blessing in disguise as it gave us the opportunity to replace it with our present building which provides us much more space. The new building serves as an exhibition hall and office during the Fair and is available for the public to lease throughout the rest of the year. It has been the site of community dances, weddings, family parties, commercial meetings, auctions, antique shows and many other events.

In the early 1980s, the fair was expanded to a four day festival in order to accommodate the increase in crowds, events and competitions. There is so much to see and do, that a Fairgoer attempting to catch every single event would be busy from 9:00 each morning until about midnight for each day of the fair. Most of us, however, prefer to spend some of that time sitting in a shady spot, resting our feet, and enjoying something delicious to eat.

Our current attendance has grown substantially from the early 1900s where it was reported in The Echo that:

“… unless one stood on a street corner and gazed at the great line of vehicles and mass of humanity that poured itself 3,000 strong into the gates, one could not appreciate what it meant for Colchester South to turn out to a fair. They started to come at dawn, and at dusk the air was thick with dust as they left.”

As Directors today we are often amazed at the number of people who walk the grounds, crowd the grandstand, line the parade route, wander through the buildings or barns or just stand in line for dinner. We often wonder how we’re going to accommodate everyone.

Obviously our Directors and volunteers enjoy what they do or there would not be a Harrow Fair. We know and trust that there will always be community members willing to carry on the traditions of the fair and we wish them as much fun and satisfaction as we all have had.

Entry Forms will NOT be accepted after Saturday, August 27th. NO EXCEPTIONS

Entry forms and prize lists are now updated and available for your use. Time to get ready for the Harrow Fair!

NEW THIS YEAR!
Debit and credit cards will be accepted at the gates, due to a sponsorship by PIZZA HUT HARROW